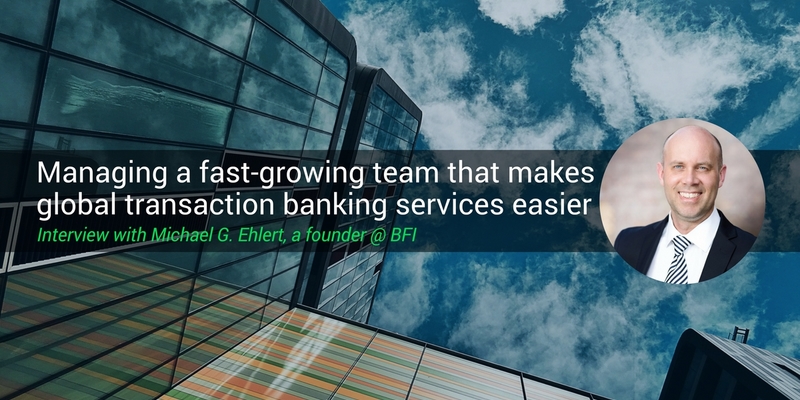 I have the pleasure of being in the company of Michael Ehlert, a good friend of mine who is the founder and CEO of the BFI Group. Michael has build the company to help financial institutions and banks find their banking partners globally. We are interested to know how he came up with this niche solution in banking industry and even more curious how he manages a team that just withing 2 years has grown from 1 to 29 employees.

ZeyOS: So Michael, why don’t we start with your giving us some background information about yourself and the BFI Group?

Michael: BFI is a company located in Hong Kong, the company name BFI stands for Banks For Institutions. It’s one of my ventures, which I started two years ago. We help banks to establish new correspondent banking relationships, for if one bank is sending a payment in a foreign currency to another country they need a bank to send it to in this country. In the last 10 years the regulations around correspondent banking have become very difficult, complex and expensive. A lot of a larger banks have stopped making business with smaller banks and smaller banks had to leave the market. And we came up with the solution to establish a database in order to make it transparent which of the roughly 10,000 banks existing globally are open for business and which ones are not.

ZeyOS: This sounds like a very specific niche. How did you come up with the background information to identify that need and to find a solution for it?

Michael: I was appointed a non-executive director in 2014 with a payment institution in the USA. Up until that time my background hadn’t been in financial services, it was in investment management and capital markets. Nevertheless this focus gave me a very quick and deep touching point with the payment services industry and the challenges which correspondent banks are facing. I saw I could add a benefit by developing a data base which is a labor-intensive thing to do, and secondly by creating company profiles for each of the banks. These company profiles are designed to answer 95% of the questions which banks usually have either from a compliance or commercial perspective. Most banks are lacking to provide this information in a timely and accurate manner, and in the language which is required, so the account opening banks have to spend up to 6 months to get what they want. And because we accumulate this information in advance we save the account opening bank 60 to 80% of the effort. The best part: They don’t even have to pay for this service, that’s why they love us. 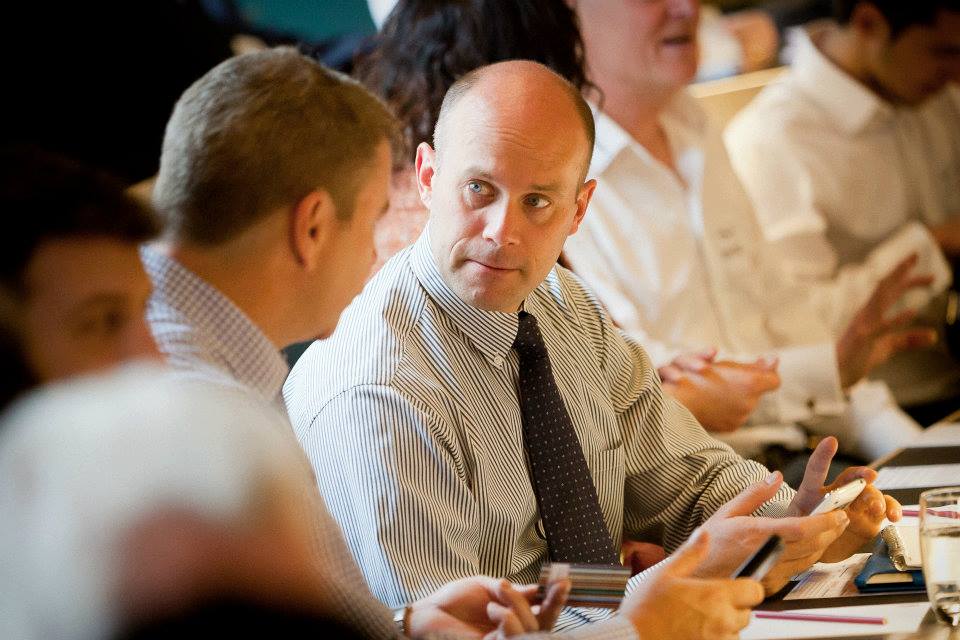 ZeyOS: You’ve mentioned that you’re quite the travel man. You’ve been to London, Hong-Kong, and Kuala-Lumpur more than a few times. Now your new venture is set up in Lviv, Ukraine, which might surprise some people. What made you decide for Lviv?

Michael: Originally I started an office in Krakow, Poland and then I learned that the time-zone is changing at the Ukrainian border again. Because we deal with Asia a lot and Europe has just 2 to 3 time-zones, I decided that every hour we get closer to the Asian continent is a benefit for us. That was one reason. The second reason was that there are a lot of English-speakers in the city of Lviv. The third reason was that there is a banking university and we are collaborating with them. It’s actually the only banking university in Europe. And personally I was very keen on the cultural experience in the Ukraine, because I had never been there, neither have I been to any of the former Soviet Union countries or other Eastern European countries like the Check Republic or Poland.

ZeyOS: In the two years since you’ve established your company location in Lviv, how much has your team there grown?

Michael: I had 29 people in October last year and we had to slow down a little bit, because we need more senior people from the industry which we can’t seem to find in the Ukraine. So we have to bring a bunch of seniors from the neighboring countries.. We are looking for 5 people at the moment with senior experience and a certain skills set.

ZeyOS: How many team members do you currently have?

ZeyOS: What challenges did you face growing the team so fast?

ZeyOS: You’ve told me that you hired an external person to help you set up a process for on-boarding and hiring and evaluating people. Would you like to share a little bit how that experience went?

Michael: Yes, sure. Most companies recruit based on the past experience of the candidate and we did the same. They make a projection after the interview on how likely the person will perform in the future on the offered role and the likeliness that it will come true is 25%. Now we are using a five–box-model which includes motivation, intellect, behavior, values and finally we look at experience as well. With this model we believe we will have a 75% likeliness to predict the future performance of a new candidate. So it is a very helpful tool that has given us a lot of insights with regard to the existing team. And especially going forward now, while we are looking for more senior people, we thought it’s prudent to change the approach we had.

ZeyOS: How much time do you spend on hiring a new person for BFI?

Michael: I would say per person it is around 4 to 5 hours. We have three different people that are involved in the process. So the candidate has to pass three conversations. It turns out the person is often perceived different the third time you talk to them than the first time.

ZeyOS: Do you do the interviews in-person or remotely via skype?

Michael: Inn most of the cases it’s via Skype, since the candidates are often not living close by. But if I happen to travel to a place where the candidate is located I’m certainly happy to have a meeting in person. For example recently I was in Gdansk, coming back from London and I decided to meet with the person, that didn’t have a camera or Skype. And I would never take a candidate to the next level without seeing them first.

ZeyOS: Which tools do you use to manage and grow your team?

Michael: From the recruitment side we have a bunch of online profiles and an interview technique that we use to get the people and to interpret it, to gather the results with the candidate. With regard to the management approach we are currently still in the process of looking to establish one. I am currently reading a book which is called 24 assets which tells about the types of assets you can build in a company: ATMEN systems, management systems etc. We will put an effort into this. So ask me in 6 months about the result.

ZeyOS: Is there anything you want to share with the upcoming entrepreneurs? What are your next projects? Where can people find you?

Michael: Find me on Linkedin – Michel G. Ehlert. You will see the ventures which are in the making in the moment, but you won’t see the ones which are in my mind. There is one more which we will start this year in the area of Mergers and Acquisitions.

ZeyOS: Thank you for the conversation, Michael.

If you want to find out more about Michael and his ventures visit the website www.banksforinstitutions.com

Read stunning success stories of other awesome companies!
You want to tell your story, too?
Contact us on twitter and we are happy to show case your company on our Blog!